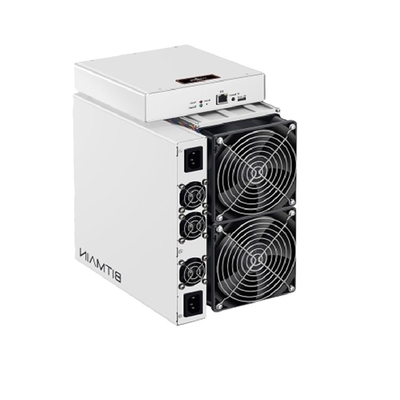 Ethereum is a platform that provides various modules for users to build applications. If building applications is compared to building houses, Ethereum provides modules such as walls, roofs and floors. Users only need to build houses like building blocks. Therefore, the cost and speed of building applications on Ethereum are greatly improved. Specifically, Ethereum establishes applications through a set of Turing complete scripting language (Ethereum virtual machinecode, EVM language for short), which is similar to assembly language. We know that it is very painful to program directly in assembly language, but the programming in Ethereum does not need to use EVM language directly, but high-level languages such as C language, Python and lisp, which are converted into EVM language through compiler.
The application on the platform mentioned above is actually a contract, which is the core of Ethereum. A contract is an automatic agent living in the Ethereum system. It has its own Ethereum address. When the user sends a transaction to the contract address, the contract will be activated. Then, according to the additional information in the transaction, the contract will run its own code and finally return a result. This result may be another transaction sent from the contract address. It should be pointed out that transactions in Ethereum not only send Ethereum, but also embed quite a lot of additional information. If a transaction is sent to the contract, this information is very important, because the contract will complete its business logic according to this information.
The services provided by the contract are almost endless. Its boundary is your imagination, because Turing's complete language provides a complete degree of freedom for users to build various applications. The white paper gives several examples, such as savings accounts and user-defined sub currencies.

At the end of 2013, vitalik buterin, founder of Ethereum, released the first edition of Ethereum white paper and started the project. From July 24, 2014, Ethereum conducted a 42 day pre-sale of Ethereum. At the beginning of 2016, Ethereum's technology was recognized by the market, and the price began to soar, attracting a large number of people other than developers to enter the world of Ethereum. Huocoin.com and okcoin, two of China's three major bitcoin exchanges, were officially launched on Ethereum on May 31, 2017. [1]
Since 2016, those who pay close attention to the digital currency industry have eagerly observed the development trend of Ethereum, the second generation cryptocurrency platform.
As a relatively new development project using bitcoin technology, Ethereum is committed to implementing global decentralized and non proprietary digital technology computers to execute point-to-point contracts. Simply put, Ethereum is a world computer that you can't turn off. The innovative combination of encryption architecture and Turing integrity can promote the emergence of a large number of new industries. On the contrary, the innovation pressure of traditional industries is increasing, and even faces the risk of elimination.
In fact, bitcoin network is a distributed database, while Ethereum goes further. It can be regarded as a distributed computer: blockchain is the ROM of the computer, contract is the program, and Ethereum miners are responsible for computing and play the role of CPU. This computer is not and cannot be used for free. Otherwise, anyone can store all kinds of garbage information and perform all kinds of trivial calculations. Using it requires at least paying calculation fees, storage fees, and of course some other fees.
The most famous is the enterprise Ethereum alliance established in early 2017 by more than 20 global top financial institutions and technology companies such as JPMorgan Chase, Chicago Stock Exchange Group, Bank of New York Mellon, Thomson Reuters, Microsoft, Intel and Accenture. Ethereum, the cryptocurrency spawned by Ethereum, has recently become a sought after asset after bitcoin.