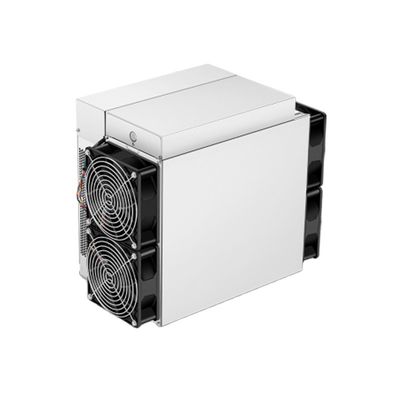 Bitmain officially launched the ant miner z15 at 2 p.m. Beijing time on May 7. This is a brand-new ant miner for mining anonymous Zec coins. It is also the Zec miner with the highest computing power at present.
According to official data, the computing power of the new z15 is 420ksol / s and the power consumption is 1510w. It is equipped with 9 chips and weighs 10kg.
Zcash, also known as big change coin, is one of the three mainstream anonymous coins on the market (big change coin, Monroe coin and Dasi coin). Zec will halve in November 2020, which is also the mainstream currency to halve at the latest this year. At present, the mining machines digging Zec in the market are mainly ant mining machine Z11 and core A9 series.
Ant miner Z11 is a miner released by bitcontinental in March last year. Its computing power is 135k sol / s, which is only one third of the z15 miner on sale. Xindong A9 is a small mining machine launched by Xindong technology in 2018. Its computing power is only 50ksol / s ± 6%, less than one eighth of that of z15 mining machine.

Zec (zcash), whose Chinese name is big zero coin, is a digital currency based on zero knowledge proof. Zec (zcash) was developed on the basis of the original bitcoin code base and released on October 28, 2016. On the premise of protecting privacy, Zec users can decide to disclose some information, such as choosing to hide the receiving address, transaction information or balance. Zec can realize economic benefits and transfer money quickly and reliably. Before Zec (zcash) is released, The scarcity of Zec caused the price to soar. It reached 10 BTC (about US $6864) on the day of official launch. On October 28, the futures price on poloniex reached 1 Zec to exchange 3300 BTC (more than US $2 million). However, the price fell sharply after that, and the price after that day was 48 BTC / Zec (data source: Babbitt). The quotation on June 1, 2020 is 0.0055 BTC / Zec (about US $53).

Ant miner z15_ 420k needs external power supply, while bit continental distributes apw7 power supply when it is sold, so it will receive two independent packages when it arrives. The main machine of the mining machine is packaged in industrial cartons, which are printed with manufacturer information, logistics and storage identification, packaging size and other information. The appearance size is 331x234x390mm and the weight is 6.4kg.

After removing all the packages, it can be seen that the ant miner z15_ 420k is similar to the previous generation Z11. Due to the need for external power supply, the bare metal machine has a simple and capable body, with a physical size of 240x136x290mm and a total weight of 5.9kg.

Ant miner z15_ 420k adopts the design of parallel double fan single exhaust air supply and heat dissipation. The mining machine can be placed upright and lying on its back according to the mine frame. However, according to the size, the frame with 25cm floor height in the mine can only be placed on its back.

The interface of the control board shall be consistent: SD card TF card slot, which is used to brush the firmware of the card; IP report - IP Report button, which is used to cooperate with ant tool to find the IP address of mining machine; Eth network cable interface; Reset - restart button (press and hold to restore the factory setting); LED status indicator - displays the operation status of the miner.