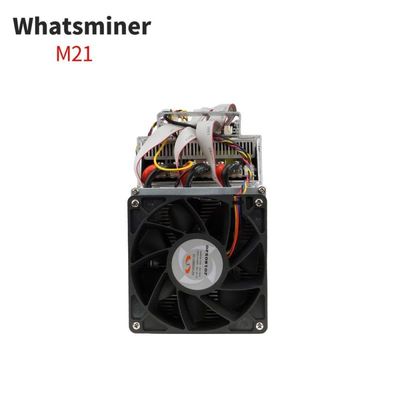 In May 2019, MicroBt launched their well known Whatsminer M20 series. Seen as the ultimate win-win, successful reproduction of the Whatsminer M10 series's earlier models, the M20 series consisted of the M20, M21, M21b, M20s, and M21s. All miners come with Samsung's 8nm chip, which enables productivity and efficiency.

Founded in 2016, Shenzhen Bit Microelectronics Technology (Also Known as MicroBt) is one of the leading Application Specific Integrated Circuit (ASIC) producers. The company is into the production and design of high-end 28nm/16nm/7nm working chips and provides developments/assistance in blockchain technology, cloud computing, and artificial intelligence.

The MicroBT company has independent intellectual property rights over its dedicated chips and ancillary products. They are one of the biggest ASIC miner manufacturing companies.

They started their flagship Whatsminer, a Plug and Play Bitcoin Mining Hardware equipment, allowing end-users to start mining coins on the SHA-256 algorithm immediately and join the digital currency gold rush. What made this popular was the ease of usage for even first time miners.

On May 19, 2019, the MicroBT New Product Launch Conference was held at the first JW Marriott Hotel in Chengdu China with the theme of “Extreme Win-Win, Success Again”. Yang Zuoxing, the founder and CEO of MicroBT, officially released the latest generation of bitcoin miner Whatsminer M20 series.The latest generation of bitcoin miner Whatsminer M20 series released by MicroBT includes five models, all of which adopt the Samsung 8nm chips.

The hash board is designed to be compatible with that of Whatsminer M3, so that the user can purchase the hashboard separately to assemble with M3 components and reuse the control board, power supply, casing and other accessories of M3 miner, which can reduce the costs of upgrading and improve the utilization rate.

Fan and Air Circulation
Air inlets are set on the side of the control board and power interface with a metal shield. The fans at the air outlets do not have protective shields. Both Whatsminer M20 and M10 models adopt the same control boards with identical interfaces. M20s comes with a new power supply unit, P20-12-3350-V1, to provide 12V 265A and 12V 12A DC output with a peak power consumption of 3360W.

It makes use of high-quality materials, which shows the manufacturers paid attention to detail. Its transformer uses the traditional dual voltage mode Whatsminer is famous for, and it is divided into the upper and lower part. With a two-stage low pass, two PFC enable voltage rise, and two LLC cause voltage drop. LLC has higher efficiency for voltage drop with fewer losses.

Power Supply
It also functions with a programming interface to control voltage. Although its two inductors and transformers cause higher costs, they provide a stable power supply. One of the 12V 1.5A cooling fans is at the back of the power supply for successful heat emission through proper ventilation. To prevent oxidation and moisture intrusion, it uses an air exhaustion method. The power supply case is suitable for heat dissipation.