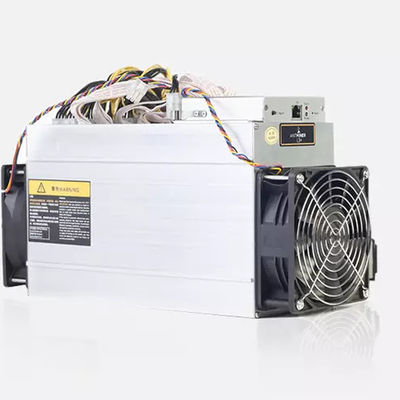 Litecoin and Dogecoin are currently among the top 20 cryptocurrencies, according to CoinMarketCap, making them one of the most popular crypto assets.

The profit you will make when mining these cryptocurrencies depends on the mining hardware you choose. Well, considering the number of miners available in the market, choosing a profitable miner that suits your requirements is not easy.

To facilitate your research, I analyzed several mining options and found that Antminer L3 is a profitable miner for mining Litecoin and other Scrypt based cryptocurrencies.

Read on to learn more about Bitmain's Antminer L3 miner. I'll cover everything from specs, pros, cons, and profitability to public sentiment.

L3+ is the successor to the widely successful L3 and adds some much-needed features and some improvements to it.

Much like its predecessor, the L3+ uses the BM1485 chip. It works almost exactly like L3, with some exceptions. First, the hash rate of the L3+ has increased substantially, almost double that of the earlier model. Still, the L3+ also consumes almost twice as much power as the L3, which means your energy bills will only get higher if you plan to upgrade.

Now, with high hash rate consistently being the most sought-after quality among miners, Antimer goes to great lengths to ensure their customers have no reason to worry, and more reason to celebrate. The hash rate of L3+ has increased by almost 100%. While the older model offered a hash rate of around 255 MH/s, the L3+ miner offered an impressive 504 MH/s.

One of the next biggest factors in buying a miner is the amount of energy it consumes. Contrary to hash rate, this happens to be an undesirable amount and must be limited to a minimum.

After doing some calculations, experts found that the power consumption of Ant L3 is about 400W, which should only account for 10% of your total annual profit. These statistics paint a good picture of L3 compared to other miners from the same market.
But when it comes to L3+, things get a little trickier. Since it offers almost double the hash rate increase compared to its predecessor, the L3+ also consumes almost double the power, which is around 800W.

L3 clearly has the upper hand here. It only weighs about 2.5kg, which is lightweight and easy to carry. On the other hand, L3+ is not so flexible. It weighs about 4.4 kg.

Note that when it comes to shipping, the weight of the rig is critical, as heavier items generally require higher shipping costs than lighter items.

Another key factor when it comes to miners or mining equipment is the sound produced. Since most miners prefer to work in their homes, it only makes sense that the rig should make as little noise as possible.

The sound produced is usually measured in decibels and is expected to be kept as low as possible. As for the L3, it has a fan and emits at least 60 dB of sound. In contrast, the L3+ has dual fans, so it emits 75 dB to 95 dB of noise when operating at ambient temperature.
All in all, while the L3+ isn't soft enough to operate within bedroom confines, at the same time, it's definitely not loud enough to cause a commotion in the neighbors.

When it comes to any type of machine, one of the most important things is its size. If it's too bulky, no matter how good or efficient it is, it won't reach its full potential, simply because it's too cumbersome to operate or even move around.

Second, if the rig is small enough, maybe you don't need to think about where to set it. If the current location doesn't work, you can simply move it to a new location without worrying about the associated complications.